Freilich Project for the Study of Bigotry 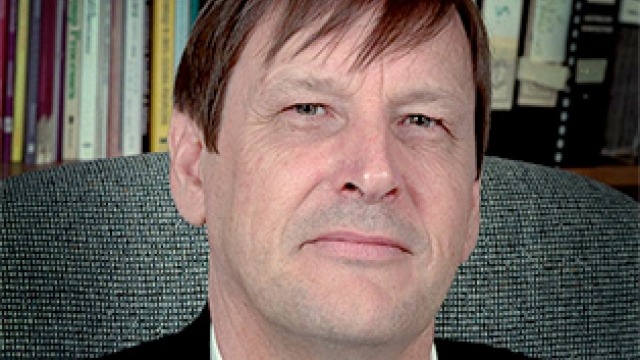 These lectures were presented by

This series of lectures will examine critically the concept of prejudice. Prejudice is one of the largest and most important areas of research in contemporary social psychology.  For most researchers, as for most members of the general public, "prejudice", expressed in its various forms (negative attitudes and hostility to outgroups, discrimination, ethnocentrism, ingroup bias, stereotyping), is a phenomenon, a fact, something that we are trying to understand.  In these lectures I want to argue that "prejudice" is not so much a fact as a theory, or more properly, a metatheory. The concept embodies the dominant theoretical orthodoxy in social psychology about how we should interpret and make sense of social conflict between human social groups, the idea that social antagonism arises from irrationality, defect and distortion at the level of individual psychology. The question has been asked rarely, and only then in piecemeal fashion, whether this idea is valid. The lectures will put the prejudice idea directly to the test: How far can we explain human social conflict in terms of prejudice, ignorance, pathology, distortion, defect etc.? Is it a matter of cognitive and motivational distortion or irrationality or should we be looking for the causes somewhere else? Should we be looking for the causes in the power of ideas, in the power of knowledge, in theories and ideologies? Should we, in fact, be looking for the causes of social conflict in relatively rational and adaptive processes of group life and social cognition in interaction with specific social and historical realities? I shall summarize the main planks of the prejudice view, discuss the theories and data advanced to support it, argue that its empirical support is much weaker than is supposed and indeed that there is contrary evidence, and outline the alternative social psychological perspective. The latter is one that stresses the reality of social identities and collective psychology, the interplay between collective psychology and intergroup relationships, and the influence of the shared theories and ideologies developed by social groups to make sense of society and their place in it.

John Turner is Professor of Social Psychology at the ANU. Educated at the Universities of Sussex and Bristol, he has held positions at the universities of Bristol and Exeter, Macquarie University, UNSW, and the Institute of Advanced Studies at Princeton, before coming to the ANU. Amongst his books as sole author, or with others, are Intergroup Behaviour, Rediscovering the Social Group : a self-categorization theory, and Social Influence, Stereotyping and Social Reality. He delivered the Tajfel Memorial Lecture at the University of Oxford for the European Association of Experimental Social Psychology in 1999.

Lecture One: The idea of prejudice in social psychology, and the alternative

This lecture will pose the basic question to be addressed in the series, what is the nature of "prejudice"?  It will define what I mean by the prejudice view of social conflict, illustrate the development of this idea through some 80 years of research in social psychology, and summarize the main themes or, if one prefers, hypotheses of the prejudice view.  It will also introduce the three "intergroup" theories (of realistic conflict, social identity and self-categorization) which provide the building blocks for an alternative view.

Lecture two will address the prejudice hypothesis that there are relatively stable individual differences between people, fixed personality dispositions, which lead more or less directly to antagonism towards outgroups.  In this view outgroup hostility arises from the externalising of people's inner psychological conflicts and anxieties or simply as a function of early childhood socialization into a prejudiced personality. Classic and contemporary versions of this idea will be assessed and a more dynamic, social psychological conception of personality will be offered,  one that draws quite different implications for the causal role of personality in prejudice.

Lecture three will consider the wide variety of theories that imply that prejudice arises from individual cognitive and motivational processes that function as if in a social vacuum, that is, quite independently of people's group memberships and the intergroup relationship within which people find themselves.  It will advance the alternative hypothesis, on the basis of theory and data, that intergroup attitudes are always a function of an interaction between people's collective psychology as group members and the social structure of intergroup relationships as collectively defined, perceived and understood.

Lecture Four: Collective psychology and the reality of the group

The final lecture will discuss social stereotyping as the supposed quintessential example and demonstration of prejudice in social cognition. It will assess the view that stereotyping is an inaccurate distorting process of denying people's true individuality and try to show why this view is wrong and how stereotyping actually works. The discussion of stereotyping will lead into to a summary of the new theoretical paradigm that I am proposing to understand the social psychology of social conflict and reinterpret the psychological meaning of "prejudice".  Given time, its implications for conflict-resolution and social change will be noted.