» Friends of the Freilich Project

Friends of the Freilich Project

But we also know, from long, hard, depressing experience, that mobilising that good will and actually producing the necessary action are not things that just happen. They have to be made to happen.

Chancellor of the Australian National University; Professorial Fellow at The University of Melbourne; President Emeritus of the Brussels-based International Crisis Group.

Our uncertain economic future can foster bigotry, prejudice & a lack of compassion. That is why the work of the Freilich Foundation has never been more essential, to provide a beacon of sense to light our way forward.

Miriam Margolyes O.B.E. was born in Oxford, UK in 1941. She went to Cambridge University to read English Literature at Newnham College & was taught there by FR & QD Leavis. Their influence has informed her life. Her passion for Dickens resulted in am award-winning, one-woman show, Dicken's Women & a book of the same name. She won a BAFTA Best Supporting Actress Award for The Age of Innocence, directed by Martin Scorsese.

Her work has taken her to all parts of the world & she has appeared in many iconic productions on stage & screen – among them, the Harry Potter films (Professor Sprout) Blackadder (Spanish Infanta, Lady WhiteAdder & Queen Victoria) & the musical WICKED. Her political interests, always on the Left, ensured she was a Member of her trade union Council for many years & of many protest & action groups, most recently, Jews for Justice for Palestinians. She is active in many charities, especially in Third World countries.

Alexis Wright is a member of the Waanyi nation of the Gulf of Carpentaria. She is the author of the novel Carpentaria, which won five national literary awards in 2007, including the ASAL Gold Medal and the Miles Franklin Award. Her first novel Plains of Promise was shortlisted for the Commonwealth Prize and published in France as Les Plaines de L'Espoir. Her other books are Grog War, a study of alcohol abuse in Tennant Creek, the short story collection Le Pacte de Serpent, and as editor, Take Power, a collection of essays and stories celebrating twenty years of land rights in Central Australia. She has written widely on Indigenous rights, and organised two successful Indigenous Constitutional Conventions, ‘Today We Talk About Tomorrow’ (1993), and the Kalkaringi Convention (1998).

Better to have appalling ideas out in the open so that they can be confronted and countered.

Presents Late Night Live, on ABC Radio National. He is the author of over 20 books, including The Unspeakable Adams, Adams Versus God, Talkback, Retreat From Tolerance and A Billion Voices. His writing has appeared in many of Australia's most influential publications and he has been a contributor to The Times and The Financial Times in London, and to the New York Times. He regularly contributes to The Australian. His films include The Adventures of Barry McKenzie, The Getting of Wisdom, Don's Party, Lonely Hearts and We of the Never Never. Adams' Australia was part of BBC TV's contribution to Australia's bicentennial celebrations. Other TV programs include two series of The Big Questions with Professor Paul Davies, and Death and Destiny, filmed in Egypt with Paul Cox.

He currently chairs the Advisory Board of the Centre for the Mind at Sydney University and the Australian National University. His many board memberships include the Festivals of Ideas in Adelaide and Brisbane and the Families in Distress Foundation.

As well as two Orders of Australia, Phillip was Australian Humanist of the Year (1987), Republican of the Year 2005, and received the Longford Award, the film industry's highest accolade, in 1981, the same year that he was appointed Senior Anzac Fellow. He is a recipient of the Henry Lawson Arts Award (1987) and in 1998, the National Trust elected him one of Australia's 100 Living National Treasures. 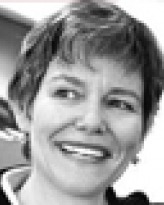 If we try to identify and destabilize the unspoken gendered assumptions of international law and politics, we will begin to be able to imagine broader and more durable solutions to our most pressing problems.

Hilary Charlesworth is an Australian Research Council Federation Fellow, Professor in RegNet and Director of the Centre for International Governance and Justice, ANU. She also holds an appointment as Professor of International Law and Human Rights in the ANU College of Law. Her research interests are in international law and human rights law. 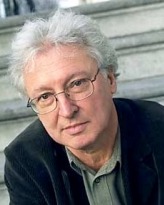 Our humanity is not something given to us, fixed, but is something we are called upon always to rise to.

We should be embarrassed as a nation that our original inhabitants, to which we have all been added as migrants or descendants thereof, remain in economic, social and personal disadvantage both in absolute terms and relative, to almost all migrants that have arrived since the second world war and the broader Australian community.

Without a doubt we need to harness, I believe, our collective imagination as a civilized nation. Those of us who are complacent because our own lives are not affected, need to imagine ourselves in the shoes of others and respond with the compassion and reason that are the ultimate measure of our humanity.

Mary Kostakidis was the first woman appointed to present a national prime time news bulletin in Australia. She was a member of the management team that set up and developed SBS Television in 1980 and is well known as the presenter (for twenty years) of its flagship World News program. She serves on the board of many organisations including, the Sydney Peace Foundation the  Fred Hollows Foundation Board, the Sydney Theatre Board, the National Library of Australia Council, the ResMed Foundation Board, and a member of the Australian Institute of Company Directors (NSW). In 2009 Kostakidis served on the National Human Rights Consultation Committee chaired by Frank Brennan. Her board and committee appointments during nearly 3 decades at SBS and subsequently reflect a strong commitment to social justice and the arts.

Every time a shock-jock or a politician depicts Indigenous Australians as violent drunks or Muslims as hostile to Australian values, and no one disagrees, these ideas gain credibility.

Dr Lawrence entered politics in 1986, serving at both State and Federal levels for 21 years. She was the first woman Premier and Treasurer of a State government. She retired from politics in 2007. She is now a Professorial Fellow at the University of Western Australia where she is working to establish a centre to research the forces driving significant social change in key areas of contemporary challenge as well as exploring our reactions to that change.